Designing for Lenny Kravitz is one of life’s greatest gifts. In a collaboration with Rodney Burns, Natalia Fedner created a Rhodium colored Metal Tank (with cape!) for Lenny’s red carpet look. The top was made from 2100 feet of rhodium plated copper chain and sterling silver. She also created a one of a kind shoulder two tone “pauldron” for his unforgettable performance with H.E.R and Travis Barker. The shoulder piece was made of two pieces of her patented textile (rhodium and brass colored)- that were draped, sculpted, and secured to a shoulder pad provided by Chrome Hearts (who made the suit it was attached to). Creative direction and the ideas for both looks were by costume designer and stylist Rodney Burns of Church Boutique. ]

Fedner has designed for Kravitz in the past, including his Super Bowl performance with Katy Perry, his Let Love Rule European tour, his Raise Vibrations tour, and his MTV Video Music Awards Red Carpet look. 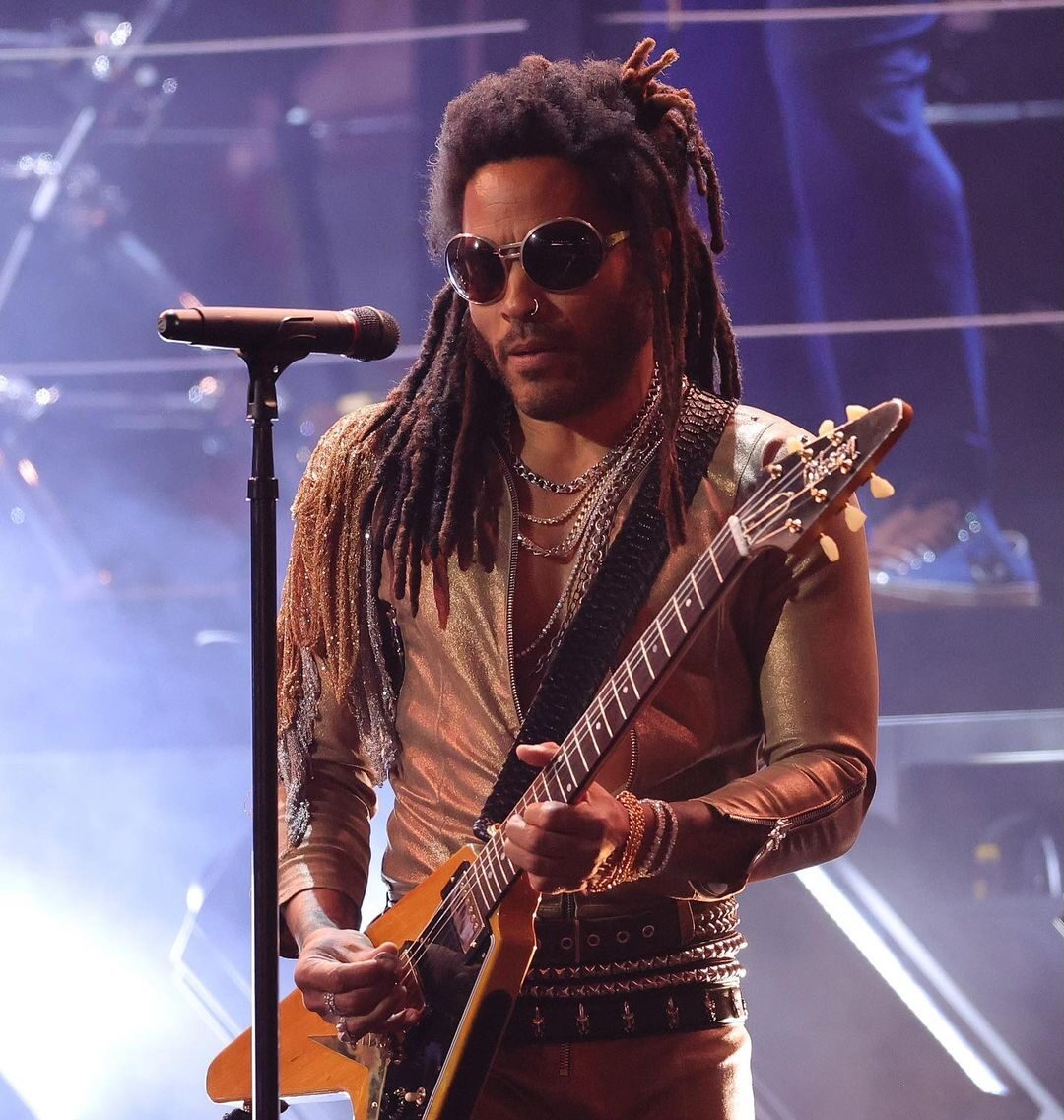